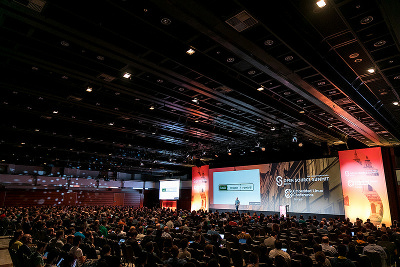 Continuous Integration (CI) has been a hot topic for long time. With the growing number of architectures and boards, it becomes impossible for maintainers to validate a patch on all configurations, making it harder and harder to keep the same quality level without leveraging CI and test automation. Recent initiatives like LAVA, KernelCI.org, Fuego, (…) started providing a first answer, however the learning curve remains high, and the HW setup part is not covered. Baylibre, already involved in KernelCI.org, decided, as part of the AGL project, to go one step further in CI automation and has developed a turnkey solution for developers and companies willing to instantiate a LAVA lab; called “Lab in a Box”, it aims at simplifying the configuration of a board farm (HW, SW).

Linux based systems have a plethora of security related mechanisms: DM-Crypt, DM-Verity, Secure Boot, the new TEE sub-system, FScrypt and IMA are just a few examples. This talk will describe these the various systems and provide a practical walk through of how to mix and match these mechanisms and design them into a Linux based embedded system in order to strengthen the system resilience to various nefarious attacks, whether the system discussed is a mobile phone, a tablet, a network attached DVR, a router or an IOT hub in a way that makes maximum use of the sometime limited hardware resources of such systems.

Debian is popular for its stability and security. ELBE utilizes Debian to create system images from Debian binary packages and supports building modified Debian source packages. This allows automated monitoring for security updates, which becomes more and more important. ELBE has its shortcomings vs. yocto/bitbake. Building root file systems for an architecture unsupported by Debian or variant management beyond the selection of packages, e.g. applying patches depending on the target, is not supported. Yocto/bitbake main focus is on that flexibility for the price of maintenance, security and bugfix tracking of all upstream packages. So utilizing Debian sources as base for bitbake might combine the best of both worlds.

In the last year UBIFS gained cryptography support by implementing the fscrypt interface. The goal of this talk is to explain what kind of protection fscrypt brings to the MTD stack and how to use it.

The Preempt-RT patch is growing and shrinking in pieces. Currently the RT-queue starts with multiple patches which are backported from upstream. Those will vanish once Kernel advances to the next version which is a good thing.