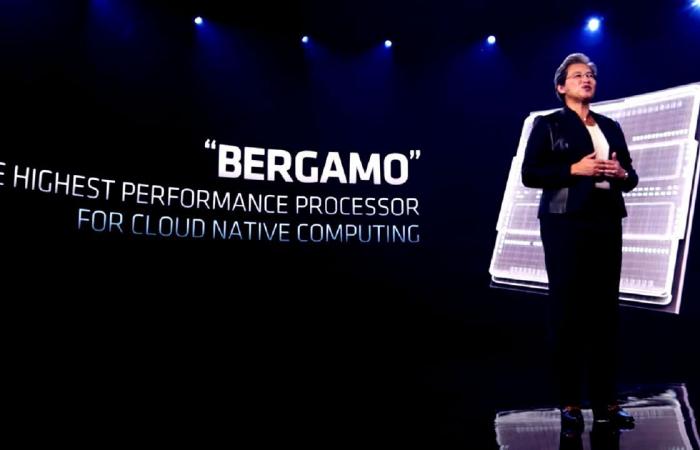 AMD announces the new CPU names: Bergamo with the name of our city!

AMD Genoa disclosures are that the chip will hit 96 Zen 4 cores and AMD Bergamo is going to be the cloud variant.

Starting with Genoa, AMD says that 5nm will give it 2x the efficiency and >25% the performance of its 7nm chips. It is using that to add more cores and additional features. Some of the big AMD Genoa disclosures here are that the chip will hit 96 Zen 4 cores, up from 64 today. 50% more cores and silicon improvement sounds like a path to big gains. One also can see that we are getting DDR5 and PCIe Gen5 as expected with Genoa. AMD is also confirming CXL 1.1 support along with new security features. Expect Genoa will need a new socket.